The gastric band, also known as Lap-Band, is the only adjustable major bariatric procedure. Adjustments are an important part of the post-surgical experience and a properly adjusted band can allow you to lose weight quickly while also being comfortable.

The ultimate goal of an adjustment is to allow you to feel satisfied after a meal while also allowing you to lose the 1-2 pounds a week that we consider to be a safe rate.

During the banding surgery, an injection port is placed in the abdominal wall some distance below the skin. This port is not visible to the casual observer but plays an important role in the adjustment process. Using a specially made needle, Dr. Lublin will add or remove sterile saline from the band using this port. Adding saline, call a band fill, increases the restriction and weight loss. It means that food will pass more slowly through the narrowed band opening at the top of the stomach. Removing saline from the band achieves the opposite effect.

Band adjustments take about 5-10 minutes in your surgeon’s office and are virtually painless. 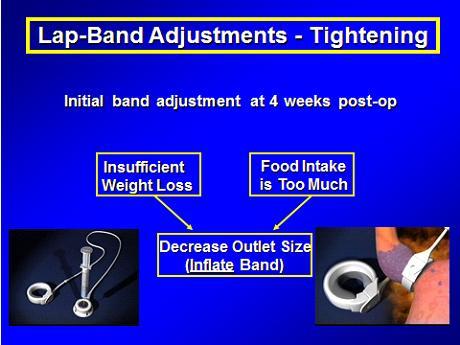 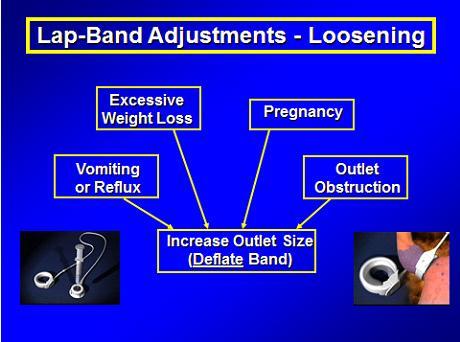